Since 2020, the global pandemic has posed post-secondary institutions with an interesting challenge: how can professors offer engaging, experiential learning tools online while in-person classes and resources were sparse, or unavailable.

While colleges are slowly returning to in person learning, this particular institution needed to find a way to offer hybrid options for said learning tools – this is when they approached XpertVR to develop a virtual training scenario that could be offered in person via VR headset as well as online for students in the Protections, Security and Investigation program.

In the past, students in this program would practice interviewing and investigation tactics with each other in class – for those returning to the classroom, this was still a viable option, but for those who chose to remain online, an alternative was required. Furthermore, in order for the course outline to remain consistent, a better solution would be an independent exercise, administered outside of class time. 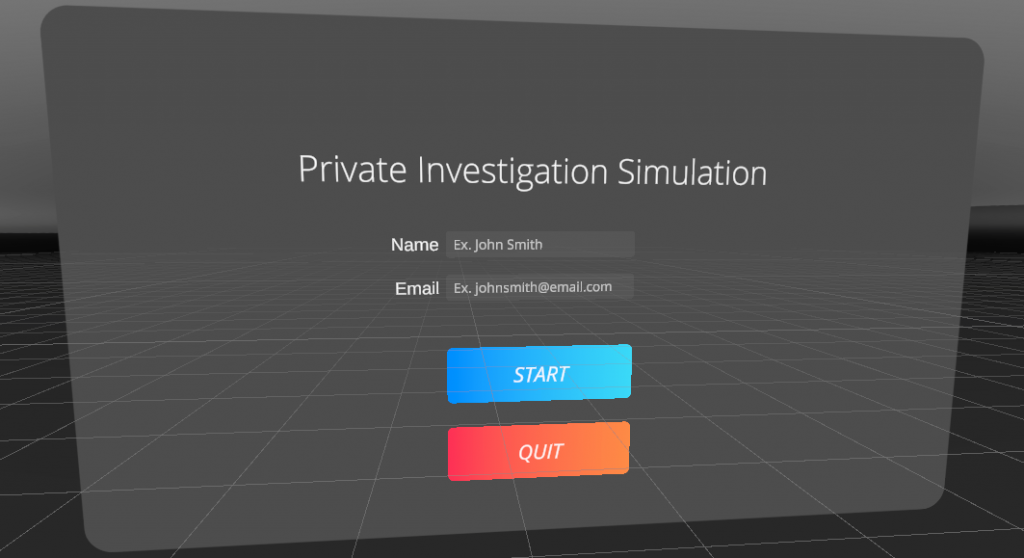 Although the college we worked with would like to stay anonymous for this case study, we can share that they were very pleased with the final product. We look forward to future collaborations with this institution and are excited to see what comes next.